Climbing up the banks of the torrent / is the town

And above each doorway / a gold vine bursts into leaf

Writer Alexandre Ballester explained that “Esporles can be traced back to two urban areas, both of which have given rise to today's town. Vila Vella and Vila Nova (the Old Town and the New Town) form a double ring, each with their own name and each infused with character and tradition. Esporles forms a double circle, crowned by Son Torrat, with a third more modern growth area, Es Balladors”. This is a perfect description of Esporles: a town with many faces and, above all, a strong, united town and the sum of many voices.

The earliest part of the town grew up around the 13th century parish church, which features one of the oldest, biggest rectories documented in the Serra de Tramuntana. On the other side of Sant Pere torrent lie the streets of Vila Vella, with houses whose façades proudly testify to their long history. This quarter also features humbler narrow streets, like Carrer Son Torrat or Carrer des Gorg, which both conjure up the simplicity of bygone times.

At the other end lies Vila Nova, a district that grew up in the 18th and 19th centuries under the slopes of Es Rafal estate to house the growing population. Popular art and architecture have been combined in façades with sgraffito ornamentation and painted roof tiles decorated with protective or lucky symbols or images evocative of past hopes and fears. 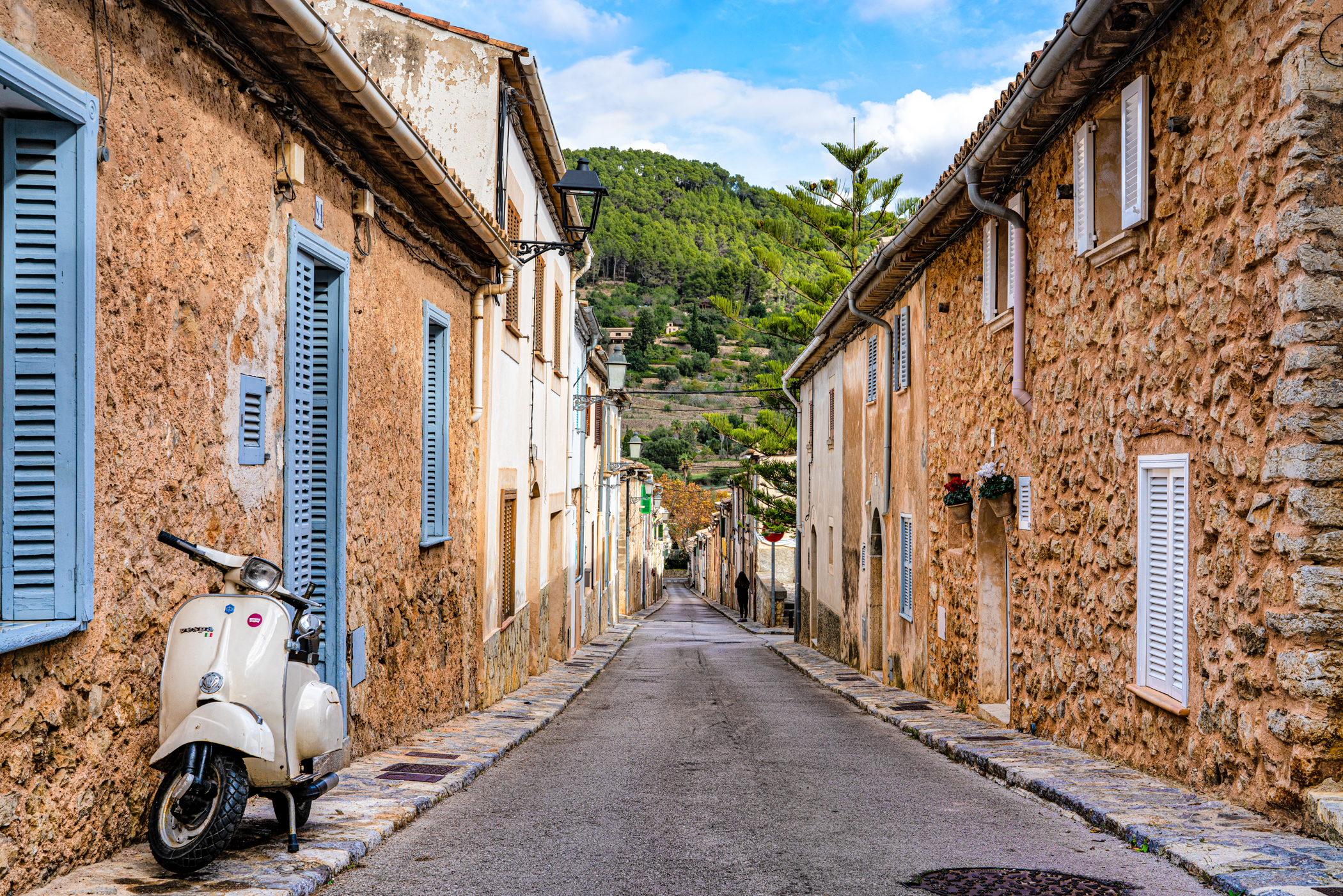 This part of the town, between Vila Vella and Vila Nova, has grown progressively, with the creation of new streets, avenues, and buildings (the community centre, old school buildings, abattoir and paper and fabric factories) and new emerging districts (Es Balladors, Sa Teulera, etc.). 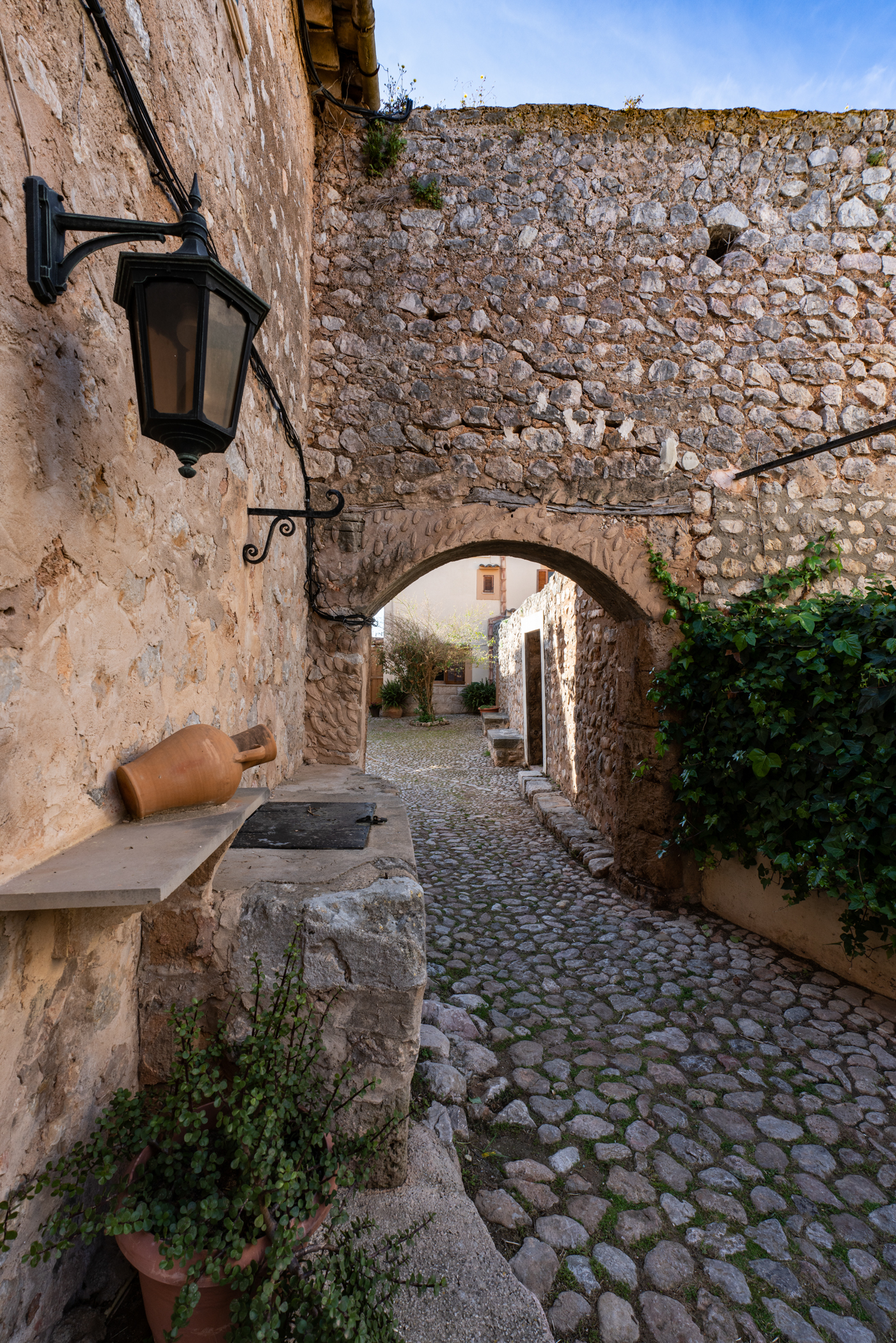 The only old hamlet in the municipality is S’Esgleieta, at the entrance to Esporles valley beside the Valldemossa road. Although it is a simple hamlet, Santa Maria de l'Olivar church, its houses, the only cobbled street and Les Monges water tank all form a charmingly attractive architectural ensemble.

We invite you to get to know our local heritage by clicking on this link and following some of the urban routes!

Outside the town of Esporles

Esporles is a land of big rural estates, many of Moslem origin dating back to the 10th to the 13th centuries. The municipality's proximity to the capital and its pleasant orographic features and abundance of water are some of the reasons why its early settlers preferred this part of the Serra de Tramuntana. Sa Granja and Canet estates are two of the finest examples of civil baroque and neo-classical architecture, respectively, with historical gardens of great artistic value. They are followed by numerous other estates, like Son Dameto, Son Cabaspre, Son Ferrà de la Mola, Son Poquet, Son Mas, Son Tries, Son Quint, Son Tugores, Miralles and Son Malferit. 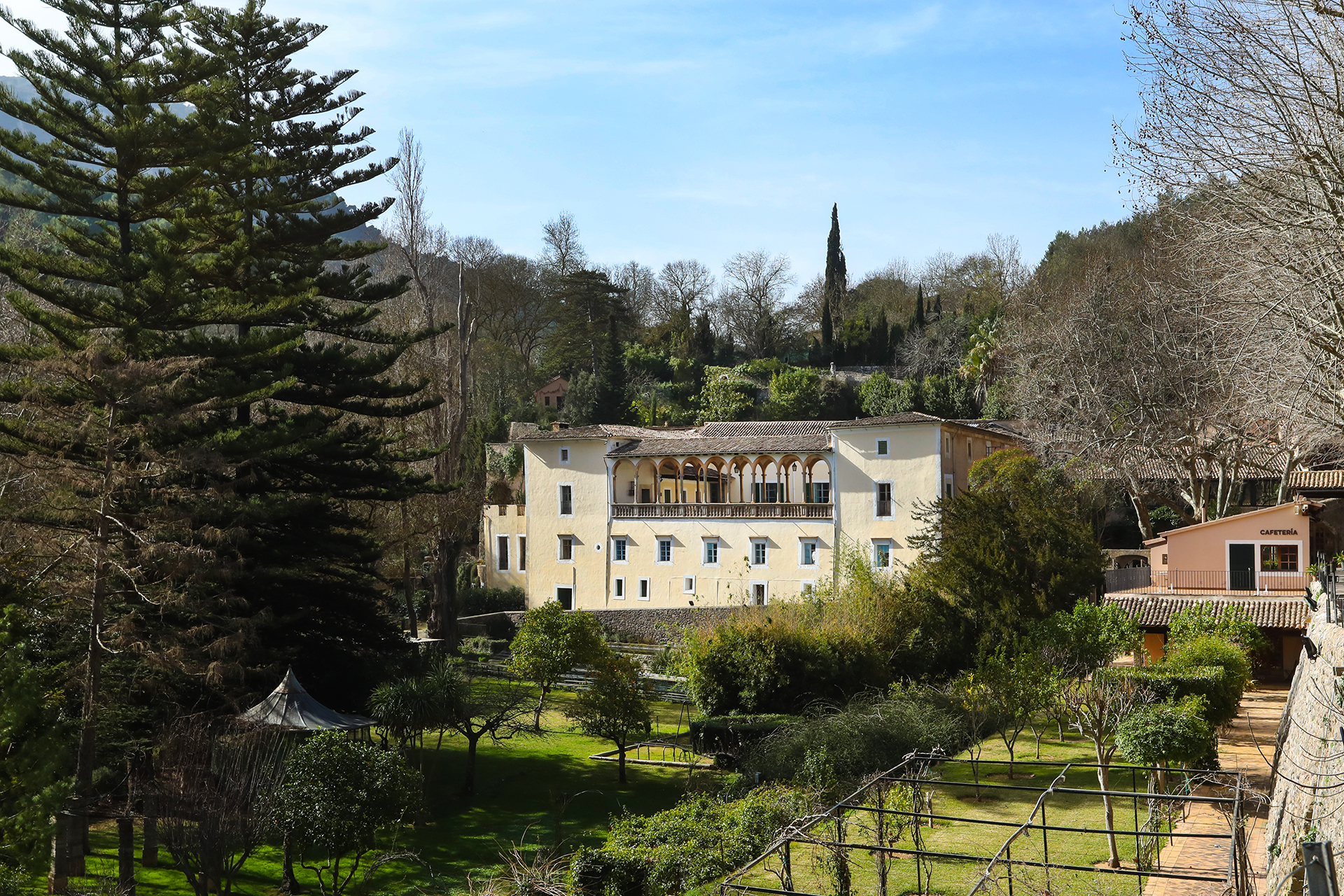 The municipality also features superb examples of ethnological heritage, in particular water-related ones because it still conserves part of the irrigation channel that starts at Sa Granja spring (known as Fontis Dei or God's spring back in medieval times) and another spring, Font d’en Baster, that carries large amounts of water to Palma. Numerous underground galleries with springs (qanats) can also be found, some next to public spaces and others in easily accessible places that can be visited (such as Font de Baix de Son Tries, Font de sa Guixeria or Font des Joncs).

On the slopes of its mountains, magnificent dry-stone walled terraces can be seen, some of which have recently been restored to reactivate arable and livestock farming activities after decades of abandonment. Esporles' woodlands are also genuine open-air museums, filled with examples of bygone forestry activities (charcoal pyres, limestone kilns, ponds, water tanks, paths etc.).

To gain a closer insight into the local heritage, try out some of the routes suggested here: (link!)